A New Rechargeable Stylus for Students

This post is sponsored by Logitech. All opinions are my own.

Do you use a stylus in your classroom? If you’re looking for a rechargeable stylus for students, the new Logitech Pen is designed specifically for classroom use. A stylus can give students more ways to interact with content on their screen. From annotating a document to sketching out an idea, there are many reasons why a stylus is a must-have for classrooms using devices with touchscreens.

This winter, I had the chance to try out the Logitech Pen with a Touch Screen Chromebook. I think you’ll love this stylus for students. It can help you unlock the full potential of Chromebooks in the classroom — in any subject area. Logitech Pen works seamlessly with Chrome OS and many apps on USI-enabled Chromebooks.

Logitech Pen was built for students who use Touch Screen Chromebooks. It supports the Universal Stylus Initiative (USI) standard and is “Works with Chromebook” certified, too. Instead of pairing the stylus with a device using Bluetooth technology – it works right away. You don’t have to follow any extra steps. Instead, you can hand it to students, and they can use it immediately.

Not every stylus is designed with schools in mind, but Logitech Pen is built for classrooms, including all the ups and downs throughout the school day. To make sure this stylus is super durable, it meets military-grade drop protection standards. Logitech Pen can withstand falls up to 4 feet, so there’s no problem if it falls off a students’ desk. And if you’re worried about other classroom obstacles, it’s spill-resistant, too.

An important note that certainly grabbed my attention when I first learned about Logitech Pen is that it is built to handle all sorts of cleaning. It can withstand frequent disinfectants and cleanings, making it an excellent option for sharing across a classroom. So if you start out using Logitech Pen with small groups of students, it can withstand lots of cleanings as it moves from student to student throughout the school day.

How does a rechargeable stylus work? Logitech Pen uses the same USB-C charging as your standard Chromebook charger. So you can plug it right in for a quick charge, and it’s ready to go. Students will have up to 15 days of battery life when the stylus has a full charge.

One of the things that surprised me when I first checked out the Logitech Pen was its fast charging capability. It can help keep students learning thanks to special functionality. Specifically, a 30-second charge provides 30 minutes of use. This feature means your students can quickly charge their stylus and be ready to jump into their classwork right away.

In addition to its rechargeable battery, Logitech Pen has other features that make it a great classroom choice. Logitech Pen features a comfortable silicone grip and a shape that is optimal for the hands of students. Its size and weight also takes students’ many different hand sizes and levels of motor skill development into consideration. An optional pen loop lets students securely store the Pen with an optional adhesive pen loop you can attach directly to a Chromebook.

When you’re ready to start, you’ll find that deployment is straightforward. Each Logitech Pen has a QR serial code on resealable packaging. This way, you can quickly tell which stylus you’re giving to which classroom or student. There is a 3-year warranty for each Logitech Pen, too. Each Logitech Pen is $64.99 and offers students more flexibility and choice with how to share what they’re learning.

Want to try it out? Order a Logitech Pen for your school to see this stylus for students in action! Head over to this page to get one delivered to your school. 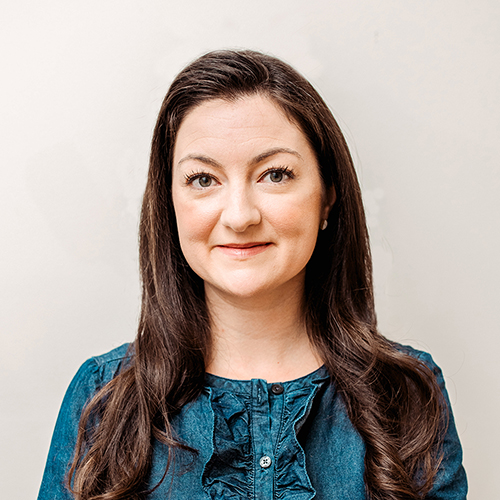 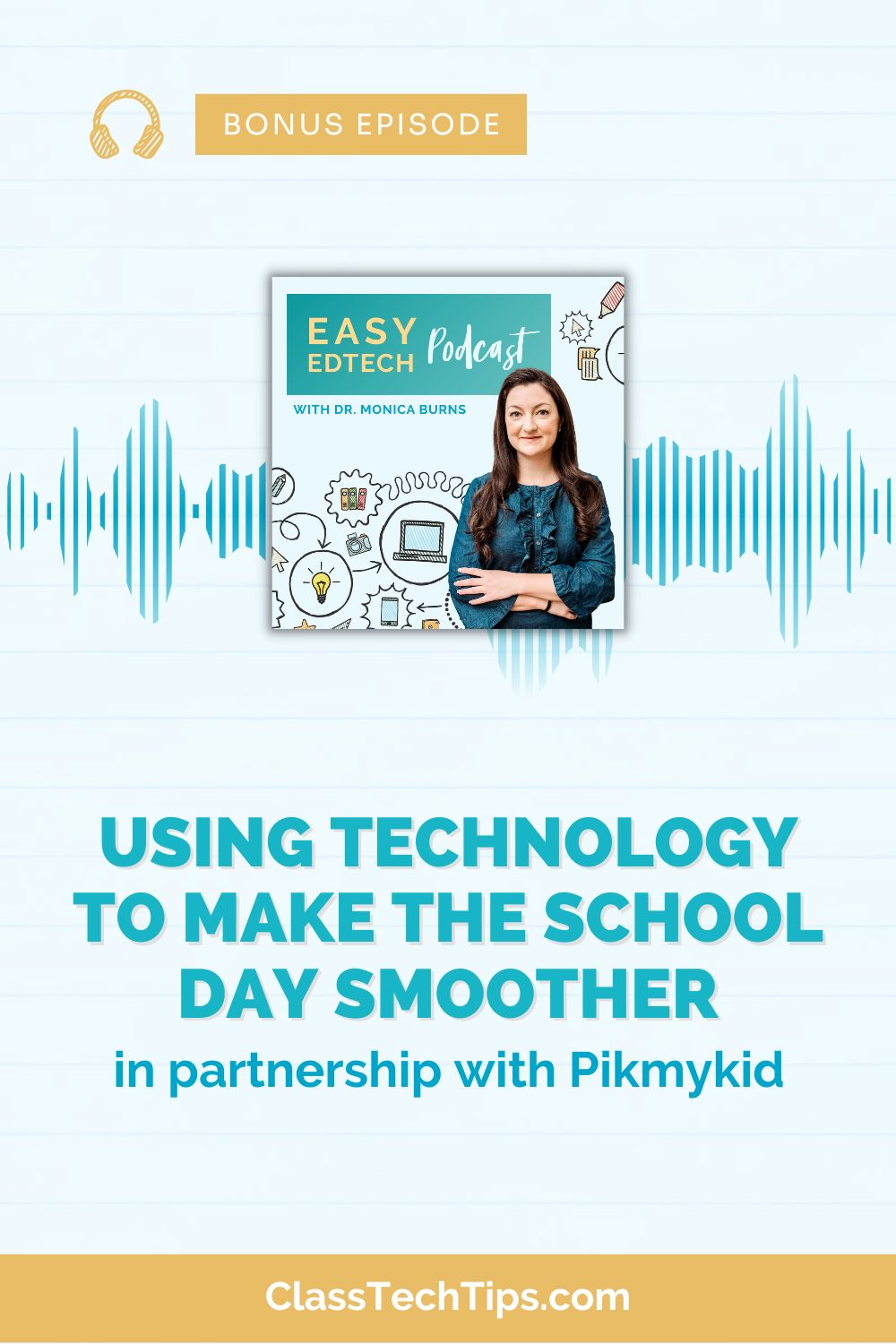 Hear stories and actionable ideas to help boost classroom conversations and increase SEL skills in your classroom this school year. 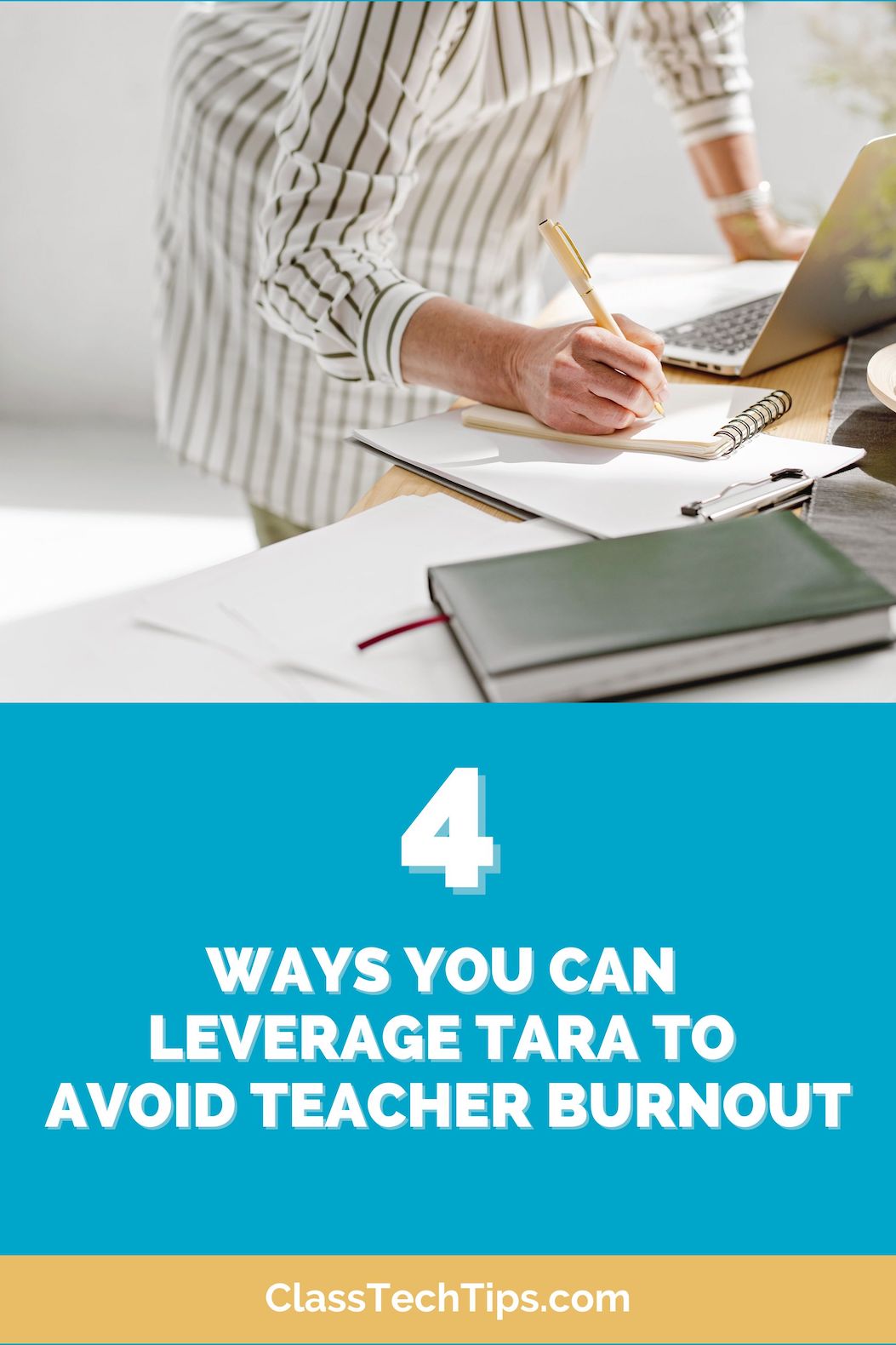 4 Ways You Can Leverage TARA to Avoid Teacher Burnout 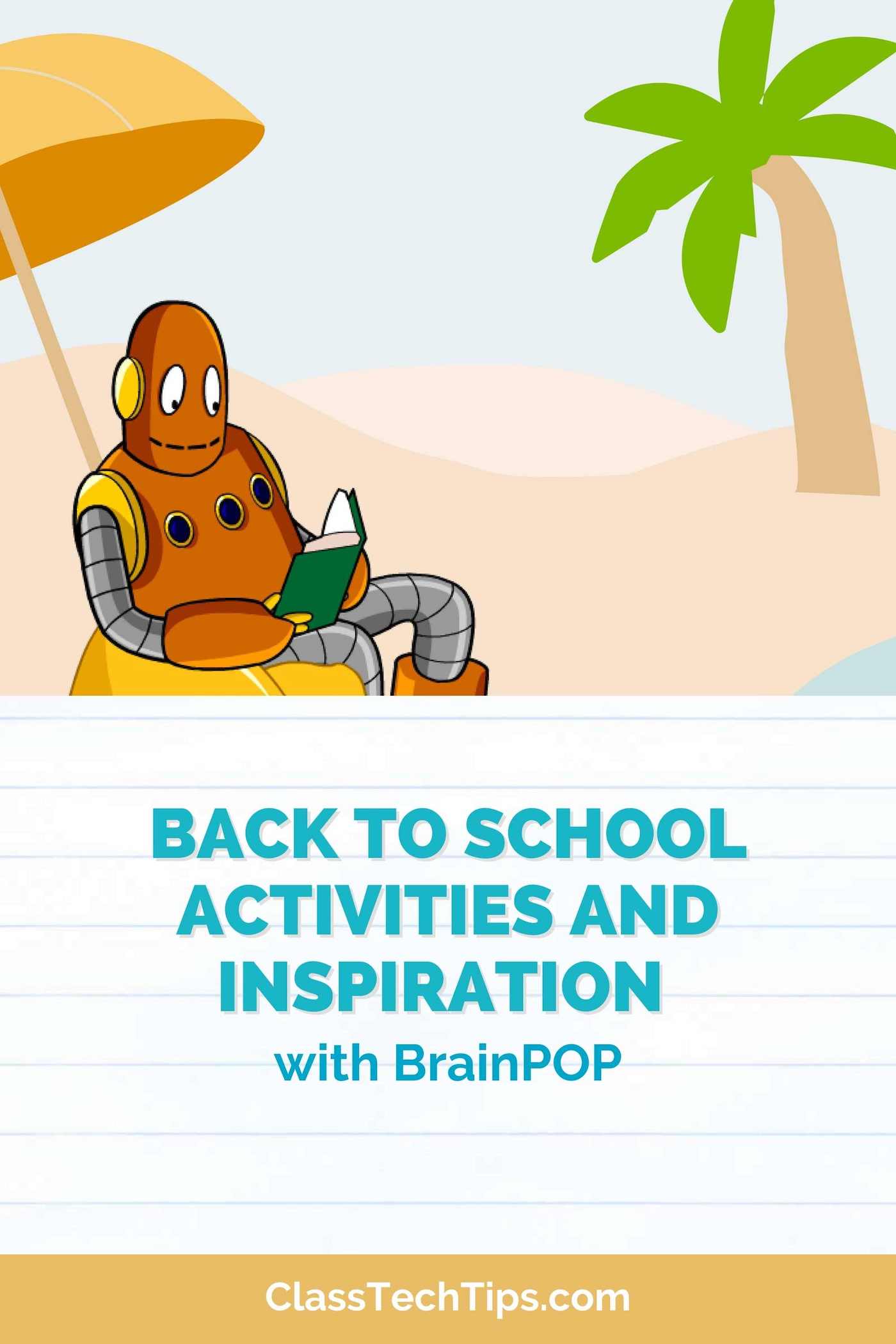 Back to School Activities and Inspiration with BrainPOP

Are you looking for back to school activities and inspiration? I’m excited to participate in a free PD event hosted by BrainPOP this summer. 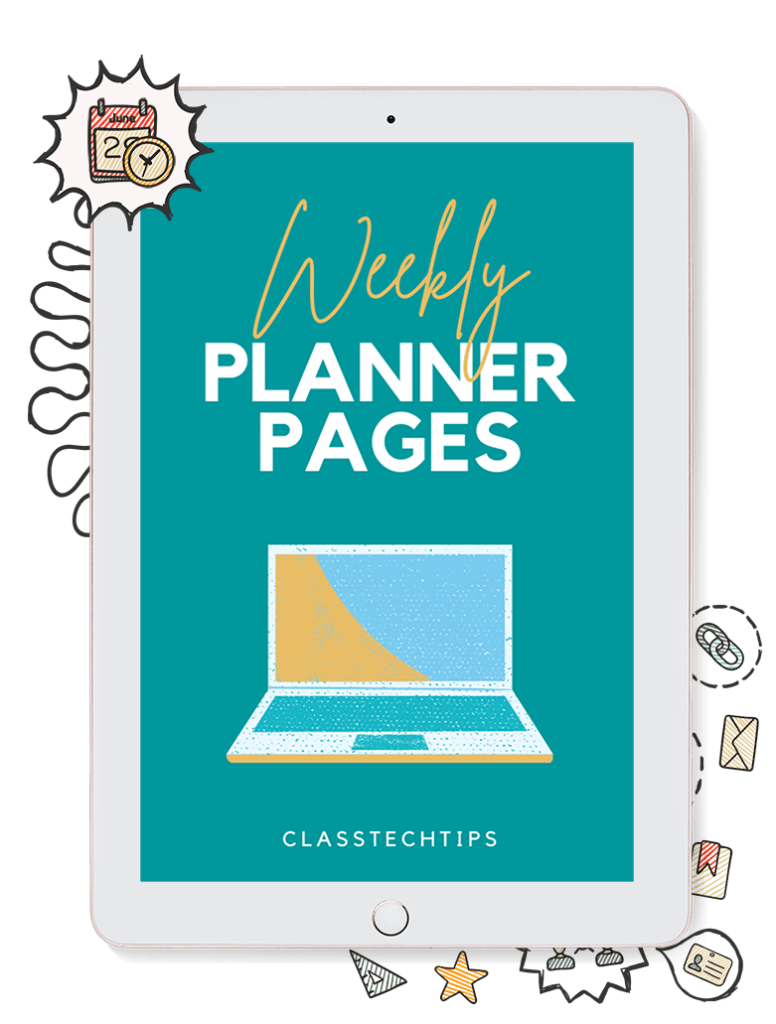 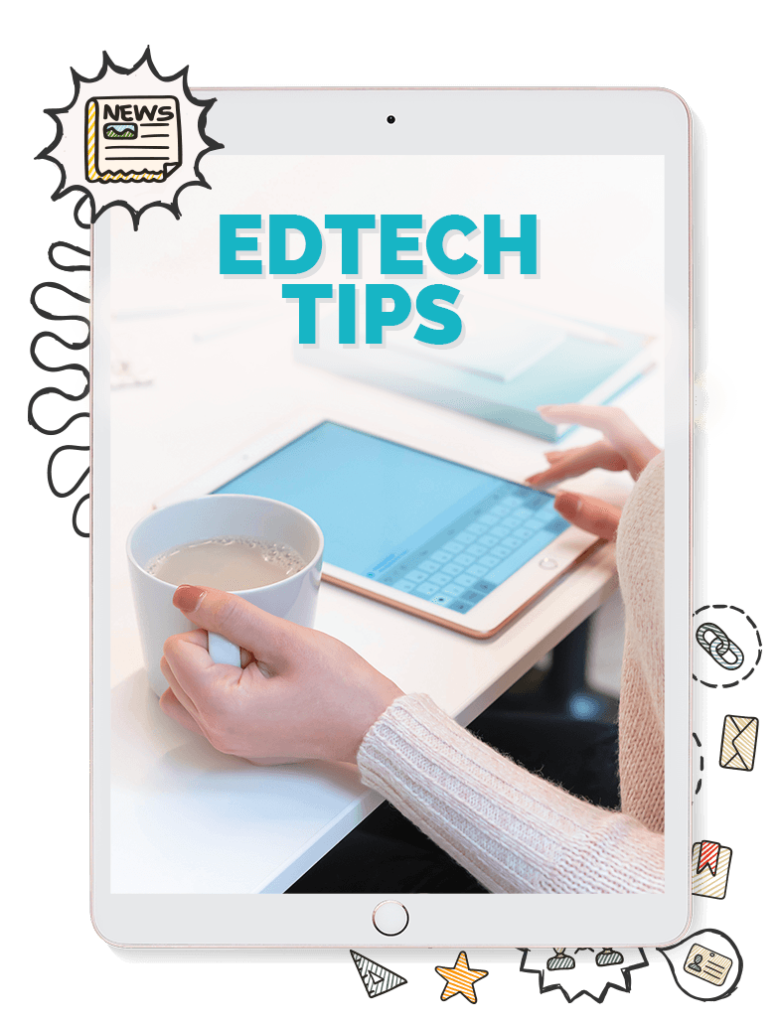 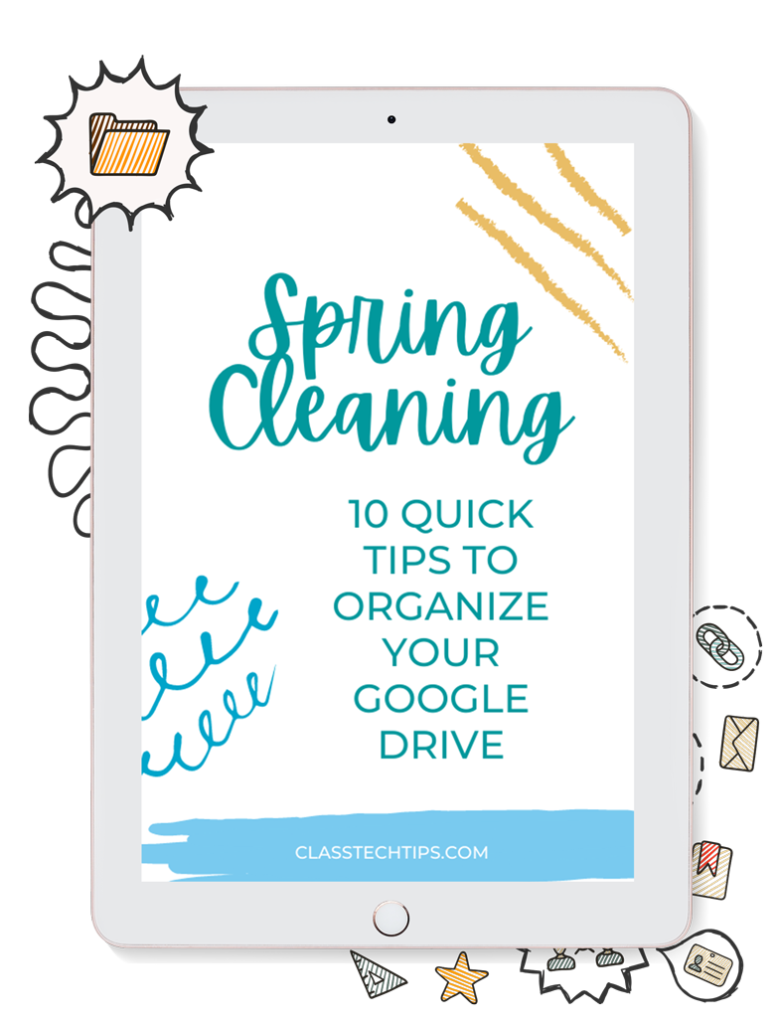 Every Monday afternoon I send out a special newsletter with EdTech tips and resources for educators. Get on the list for my weekly newsletter and special EdTech messages so you don’t miss a thing!
Get the Newsletter
©2022 ClassTechTips.com | Terms & Disclosures | Brand & site by Very Bon Brands